By CJ Waldron “There’s a sucker born every minute” is a quote attributed, but never substantiated, to master showman PT Barnum. His unabashed deception at the expense of the public is legendary. There are striking similarities between Barnum’s showmanship and President Trump’s bombast. There are also stark differences. Barnum saw himself as a master of deception and so does Trump. Like Barnum, Trump uses the “shiny object” approach to deflect from any negative publicity. The
18 views0 comments
Chris Waldron

By CJ Waldron It’s no secret that Donald Trump considers himself royalty. During his recent trip to England, he intimidated that his sons would constitute the next dynasty. He even named one of his sons, Barron, as an indication that he believes his own hype. But that’s not the royalty I’m thinking about. Instead, I see Trump patterning himself after a fictional German baron, Baron Munchausen. Like the American fictional character, Walter Mitty, this character sees himself as
10 views0 comments
Chris Waldron

Tuning Out the Spin

Like death and taxes, there is another unavoidable issue we all face; that’s the undeniable influence of media on our lives. Is there any way we can avoid it? Probably not, but I’d like to offer an out-of-the box suggestion. As the election draws closer, we are bombarded with noise on all sides. Our inboxes are filled with requests for contributions as policies are becoming clearer and candidates jockey for position. Meanwhile, there is the incessant droning of 24-hour cable
21 views0 comments 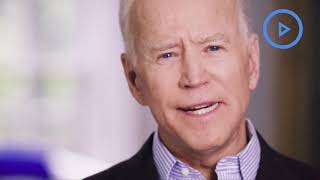 Joe Biden: The Dilemma for Democrats

With former Vice President Joe Biden's entry into the presidential sweepstakes, a serious dilemma faces Democratic party voters who perhaps above all are committed to defeating Donald Trump in 2020. Should they support the candidate most pundits believe has the best chance of sending Trump packing and thus elect a man who would be 78 on inauguration day, or should they support someone much younger who is in tune with their more liberal agenda? Lord knows there are plenty of o
23 views0 comments
Bob Gatty

The Right Wing Plot to Rig the U.S. Constitution

A concerted drive by big business and their conservative political pals to rig the U.S. Constitution in their favor has been underway for some time and the finish line is in sight. The objective of the plot is to convince 34 state legislatures to pass legislation calling for an Article V Constitutional Convention, which, if called, would allow any and all changes to the Constitution to be considered. As of now, 28 states have applied to Congress to hold a Constitutional Conve
25 views0 comments
Chris Waldron

Creationism in the World of Trump

In the beginning, God created Donald J. Trump…or at least his supporters would have you believe. According to the story that Secretary of State Mike Pompeo spins, Trump was sent by God. And why not? He’s good at creating things, in particular crises that distract from unwanted news stories. He even creates crises when none is necessary. And why not? Given that his base is largely composed of “Christian” Evangelicals who would rather believe in Creationism than science. Let’s
12 views0 comments
Bob Gatty

The Gratuitous Fear of Socialism in America

Not Fake News is pleased to introduce our newest contributing writer, Helen Bass, a 16-year-old high school junior who we believe will provide a new, fresh and youthful voice to our content. Helen is fascinated by U.S. history, does everything she can to stay informed, and now is determined to help inform others. “The idea of possibly bringing people to a different mentality or outlook excites me,” Helen said. “I write about things that mean something to me, and more importan
34 views0 comments

Why, in a democracy, can a presidential candidate be elected without winning a majority of the votes cast ? Isn't that what a democracy is supposed to be about? The reason, of course, is the electoral college, a system that resulted in Donald Trump now occupying the White House rather than Hillary Rodham Clinton, and why George W. Bush was elected instead of Al Gore, both of whom won more actual votes but lost because Trump and Bush, respectively, accumulated the necessary 27
15 views0 comments
Chris Waldron

As we approach the 2020 election, it’s sad that much of the energy will be focused on fighting rumors and false claims that are generated by a variety of sources. For the party that shouts “Fake News” at any unfavorable coverage, Republicans have been the ones to spread false, outlandish and downright offensive stories about Democrats. From the birther issue to Pizzagate to open borders, there is no issue that the right won’t seek to exploit with false narratives. So, let’s t
25 views0 comments
Chris Waldron

Are Democratic Socialists the Tea Party of the Left?

In the political spectrum, there are extremes. For the right, there is the Tea Party. For the left, there are the Democratic Socialists. Both represent the extremes of each party’s ideologies. While it can be asserted the Tea Party is more radical, the views of Democratic Socialists certainly represent views that are popular with many extremists in the Democratic Party. The Tea Party was founded 10 years ago with the Jeffersonian concept of “that which governs best, governs l
16 views0 comments 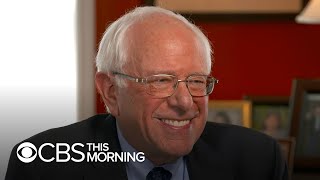 Democrats: Learn from the Tea Party

With the entry of Sen. Bernie "Feel the Bern" Sanders into the Democratic presidential sweepstakes and some of his announced competitors embracing at least some of his key proposals, there is a danger the party might become so divided that today's clear opportunity to defeat President Trump is frittered away. In other words, will Democrats face the same fate suffered by Republicans with the emergence of the ultra-right Tea Party and its ideological purists, which along with t
15 views0 comments
Bob Gatty

So God Placed Trump in the Presidency?

A new Fox News poll shows that nearly half of Republicans and more than half of white Evangelicals hold to the belief that God wanted Donald Trump to be president of the United States. How can this be? Do they not pay attention to the news? Oh, that's right, every news resource but Fox News is fake, and Fox makes Trump sound like a saint. And that's where they get their information. Here's a man known to lie, cheat, commit adultery and perhaps even steal. He is vain, demonstr
30 views0 comments
Bob Gatty

I don't know about you, but I really feel sorry for Roger Stone, the Trump crony who was rousted from his home in a pre-dawn raid by FBI agents Friday morning, handcuffed and then perp walked into a courthouse for arraignment. It's just no way to treat someone who's so close to our esteemed president and who is such an elegant, dignified man, as well. And, oh my God, CNN was on hand to record the whole terrifying incident. How did that happen! That, however, probably made it
14 views0 comments
Bob Gatty

Donald Trump’s 2016 campaign slogan was Make America Great Again. He plastered the MAGA acronym on red hats that his supporters wear with pride. What could possibly go wrong with a seemingly innocent campaign prop? Fast forward to 2019. My friends and I attended the Myrtle Beach, SC Women’s March in Chapin Park on January 19. About an hour before the march ended, we noticed a young man wearing a MAGA hat. Our radar immediately went up as we watched him move through the crowd
17 views0 comments
Bob Gatty

Why Trump & the NRA Are a Perfect Match

During the campaign, the NRA threw its tremendous support behind Donald Trump. This should come as no surprise. Since both radically changed their stances from their past positions, it seems to be one of his more successful “marriages”. The NRA once touted itself as teaching gun safety. Trump famously allied himself with Democrats, and was good friends with the Clintons. What happened to cause such radical changes? The NRA has been shifting to its more radical position since
20 views0 comments
Bob Gatty

Today as I left Walmart, a homeless man with a sign, "Homeless Vet. Help me feed my Kids" was standing in the drenching rain hoping for the kindness and generosity of motorists passing by. I rolled down the window, motioned to him and handed him what little cash I had, noticing his dirty cracked fingers as he reached for the money. "God bless you," he said quietly. "God bless." In this country, where there is such abundance, how can this be allowed to happen? According to the
44 views0 comments

A new Gallup Poll that named Michelle Obama as the Most Admired Woman in the U.S. and Barack Obama as the Most Admired Man is fitting and remarkable given the state of division that exists in America today. It is also telling that Gallup reported that President Trump, Obama's successor in the White House, has the lowest average approval rating after two years in office than 12 other previous presidents -- by a large margin. At an average first two years' approval rating of 39
14 views0 comments
Bob Gatty

For Trump Businesses, it's Happy Holidays

Despite Donald Trump's claim that he's made it OK to say "Merry Christmas" again, his own stores, restaurants and hotels use the more inclusive "Happy Holidays," reports The Guardian. Remember how during his campaign he promised to win the "war on Christmas" as part of his drive against "political correctness", for which he blamed President Obama? Well, it turns out that Trump's own businesses are very carefully politically correct. The Trump Store has an online Holiday Gift
14 views0 comments
Bob Gatty

An Open Letter to Trump Supporters