As we approach the 2020 election, it’s sad that much of the energy will be focused on fighting rumors and false claims that are generated by a variety of sources. For the party that shouts “Fake News” at any unfavorable coverage, Republicans have been the ones to spread false, outlandish and downright offensive stories about Democrats. From the birther issue to Pizzagate to open borders, there is no issue that the right won’t seek to exploit with false narratives. So, let’s t
25 views0 comments

So rocker Ted Nugent believes that Democrats, the media and academics are nothing more than "rapid coyotes" that should be shot on sight. Well, Ted, we do have freedom of speech in this country, which protects your hateful comments, but guess what? We also have freedom of the press. A National Rifle Association board member, Nugent made the comments in an interview with InfoWars host Alex Jones, a right-wing conspiracy theorist who said he wanted to know why liberals hate Ame
18 views0 comments 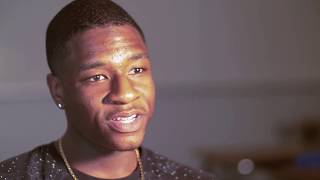 A group of South Carolina students expressed their concerns this week about going to school in an atmosphere where public officials refuse to take meaningful action to protect them from a potential deranged gunman with an assault rifle. These six young men and women, two college and four high school students, spoke calmly but with emotion as they pleaded with adult lawmakers to ban AR-15 style assault weapons and toughen background checks when people try to purchase weapons.
19 views0 comments 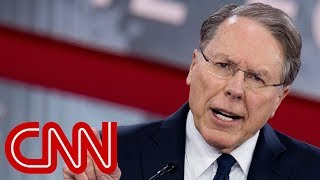 Clearly, the National Rifle Association (NRA) believes it can overcome the fledgling #NeverAgain campaign, launched by surviving Parkland, FL students, if it just continues to bully and lie as it has done every time a mass shooting has occurred in the U.S. NRA officials have taken the offensive, going so far as accusing the "mainstream media" (Trump's favorite label for the legitimate press) of using for their own purposes the tragedy at a Parkland high school, where a teenag
31 views0 comments 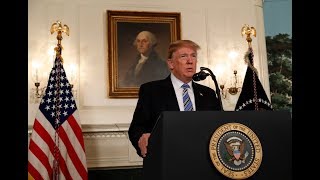 Give President Trump credit. He sat there today and listened to the parents and friends of victims of school shootings talk about their losses, the impact on their lives, and their own, individual calls for the people in charge -- him, lawmakers -- to do something. "I'm pissed, because my daughter, I'm not going to see again," said one father whose daughter was one of the 17 slaughtered by a disturbed former student and his AR-15. His child could not be there, he said. She's
22 views0 comments 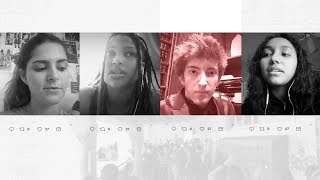 On Twitter, on TV news shows, Parkland students are calling out the politicians who've been bought and paid for by the National Rifle Association (NRA) and have refused to stop the sale of assault weapons commonly used in mass shootings like the one this week that claimed the lives of 16 students and a coach. Is this what it will take for the politicians to listen and actually do something? "A gun has killed 17 of my fellow classmates," one student said on Twitter. "A gun has
21 views0 comments 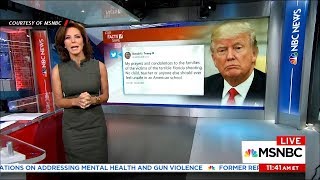 The Hypocrisy of Thoughts and Prayers

Today, commenting about the Parkland, FL Valentine's Day massacre that has left at least 17 people dead, President Trump said we need to focus on mental illness as an important step to preventing such horrible incidents from recurring. But has Trump actually done? Last February, Trump quietly signed a bill revoking an Obama-era regulation that made it harder for people with mental illnesses to purchase a gun. Trump's comments today were oh-so-sincere as he spoke directly to c
11 views0 comments
{"items":["5d1a4a2ba535df0016a2467d","5d1a4a35aa178200169ff055","5d1a4a36ab48270016aaf7f0","5d1a4a36bb0a150016685320","5d1a4a3821b7f40016cf2d5b","5d1a4a385ea3530016c9f441","5d1a4a3808e9050015d2d517"],"styles":{"galleryType":"Columns","groupSize":1,"showArrows":true,"cubeImages":true,"cubeType":"fill","cubeRatio":1.3333333333333333,"isVertical":true,"gallerySize":30,"collageAmount":0,"collageDensity":0,"groupTypes":"1","oneRow":false,"imageMargin":32,"galleryMargin":0,"scatter":0,"rotatingScatter":"","chooseBestGroup":true,"smartCrop":false,"hasThumbnails":false,"enableScroll":true,"isGrid":true,"isSlider":false,"isColumns":false,"isSlideshow":false,"cropOnlyFill":false,"fixedColumns":1,"enableInfiniteScroll":true,"isRTL":false,"minItemSize":50,"rotatingGroupTypes":"","rotatingCropRatios":"","columnWidths":"","gallerySliderImageRatio":1.7777777777777777,"numberOfImagesPerRow":1,"numberOfImagesPerCol":1,"groupsPerStrip":0,"borderRadius":0,"boxShadow":0,"gridStyle":1,"mobilePanorama":false,"placeGroupsLtr":true,"viewMode":"preview","thumbnailSpacings":4,"galleryThumbnailsAlignment":"bottom","isMasonry":false,"isAutoSlideshow":false,"slideshowLoop":false,"autoSlideshowInterval":4,"bottomInfoHeight":0,"titlePlacement":"SHOW_ON_THE_RIGHT","galleryTextAlign":"center","scrollSnap":false,"itemClick":"nothing","fullscreen":true,"videoPlay":"hover","scrollAnimation":"NO_EFFECT","slideAnimation":"SCROLL","scrollDirection":0,"scrollDuration":400,"overlayAnimation":"FADE_IN","arrowsPosition":0,"arrowsSize":23,"watermarkOpacity":40,"watermarkSize":40,"useWatermark":true,"watermarkDock":{"top":"auto","left":"auto","right":0,"bottom":0,"transform":"translate3d(0,0,0)"},"loadMoreAmount":"all","defaultShowInfoExpand":1,"allowLinkExpand":true,"expandInfoPosition":0,"allowFullscreenExpand":true,"fullscreenLoop":false,"galleryAlignExpand":"left","addToCartBorderWidth":1,"addToCartButtonText":"","slideshowInfoSize":200,"playButtonForAutoSlideShow":false,"allowSlideshowCounter":false,"hoveringBehaviour":"NEVER_SHOW","thumbnailSize":120,"magicLayoutSeed":1,"imageHoverAnimation":"NO_EFFECT","imagePlacementAnimation":"NO_EFFECT","calculateTextBoxWidthMode":"PERCENT","textBoxHeight":0,"textBoxWidth":200,"textBoxWidthPercent":50,"textImageSpace":10,"textBoxBorderRadius":0,"textBoxBorderWidth":0,"loadMoreButtonText":"","loadMoreButtonBorderWidth":1,"loadMoreButtonBorderRadius":0,"imageInfoType":"ATTACHED_BACKGROUND","itemBorderWidth":1,"itemBorderRadius":0,"itemEnableShadow":false,"itemShadowBlur":20,"itemShadowDirection":135,"itemShadowSize":10,"imageLoadingMode":"BLUR","expandAnimation":"NO_EFFECT","imageQuality":90,"usmToggle":false,"usm_a":0,"usm_r":0,"usm_t":0,"videoSound":false,"videoSpeed":"1","videoLoop":true,"jsonStyleParams":"","gallerySizeType":"px","gallerySizePx":940,"allowTitle":true,"allowContextMenu":true,"textsHorizontalPadding":-30,"itemBorderColor":{"themeName":"color_12","value":"rgba(226,223,223,1)"},"showVideoPlayButton":true,"galleryLayout":2,"targetItemSize":940,"selectedLayout":"2|bottom|1|fill|true|0|true","layoutsVersion":2,"selectedLayoutV2":2,"isSlideshowFont":false,"externalInfoHeight":0,"externalInfoWidth":0.5},"container":{"width":940,"galleryWidth":972,"galleryHeight":0,"scrollBase":0,"height":null}}